Bellefleur received all 4 in both Derby and Solms and a V in conformation enabling her to win the “Margitta Albertsen Wanderpreis“ for best dog in 2017 in NADKC . She excelled in NAVHDA with a flawless record. She is now the third consecutive VC in her mother line. I trained and tested all three females myself. Besides her test record she is first and foremost a house pet and companion and a great hunting dog.

Her mother is VC Annabelle von der Chesapeake Bucht MH; Derby Pz1; Solms Pz1; VGP Pz1 (4H nose); NADK Pz1; BTR; HN; Fw: V2. She won the “Presidents award “for best VGP dog in 2014. She completed her AKC Master Hunter (MH) title for pointing breeds. In NAVHDA she completed her first Utility (UT) Pz1 204/204 at 1 year 5 months; and another UT pr 1 204/204 a few months later. She became a Versatile Champion (VC) with a perfect score of 200 at 2 years 4 months. At the time she was youngest DK/GSP ever to score perfectly at the Invitational.

Bellefleur’s father is Gerry KS vom Donauland a prepotent German stud. I selected him on his strong genetics and excellent test record (Solms pr 1 at 7 months; HZP 188: VGP Pz1 (336 Pts). I was fortunate to judge him at Kleemann where he placed in the top 8 males in the Zuchtschau. Like his mother he got his KS title with 4H in search without the duck. However, it his great personality and friendly calm demeanor that made him my all-time favorite male. Click here to view pictures.

I had the good fortune to judge Doktor in Kleemann in Austria in 2016. If it was not that he exceeded height standard by half a cm he would have placed in top three males, even at V1. He is a very impressive beautiful male with great substance that has a smooth gait and great forward reach. This bodes well for his pups in field, water search and stamina.

He excels in field and water as his test results indicate. He had a flawless Kleemann and was awarded a 4H in duck search. He is a 50% Hege Haus breeding with two of the best Hege Haus males of the last two decades as his grandfathers. He presented a unique opportunity for a line breeding to my Bellefleur which has 70 % Hege Haus lines. Tobias KS vom Hege Haus (half-brother to my Uschka) bred numerous outstanding dogs in his illustrious career. He is the father of Utz KS von Gottlesbrunnenhof which was an outstanding producing male in Europe.

Ungaro KS vom Hege Haus is Doktor’s grandfather on his mother’s side; Csendes KS Kevi Lator. Ungaro needs no introduction as he is arguably the most prepotent DK male of this century. He was the V1 male at Kleemann in Hanover in 2008 and is without doubt the most impressive male I ever saw. His offspring excelled all over Europe in both hunting in field and water, for example Cuno KS vom Thüringer Zipfel a son was crowned as best KS dog in field and water, a very prestigious achievement and Plato KS vom Niemen was like his father the V1 rude at Kleemann.

Csendes KS Kevi Lator, Doktor’s mother is another outstanding daughter of Ungaro. Derby Pz1; Solms Pz1; VGP Pz1; IKP Pz1 (4H field search) KS (4H field search); Fw: V and was awarded overall top 10 females at Kleemann. She is also one of the most decorated females in Europe with more than 50 conformation titles to her name. Her daughter Fescske KS Kevi-Lator was the V3 female at last Kleemann. Click here to view pictures. 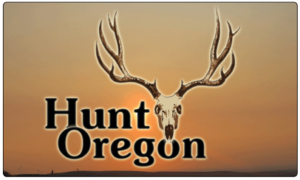